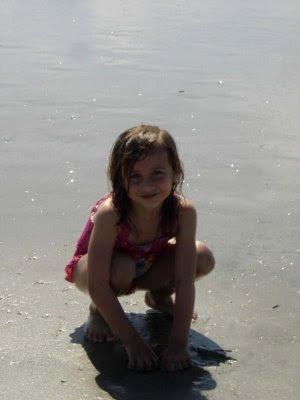 Hi! It's me again....Ella. We're back from the island! We had so much fun! We swam in the ocean in the mornings, and in the pool in the afternoons. Jackson was scared of the water til the last day. Not me, though. Gramma says I swim like a fish! I helped Gramma cook a lot. I'm a good 'mixer-upper' for her. 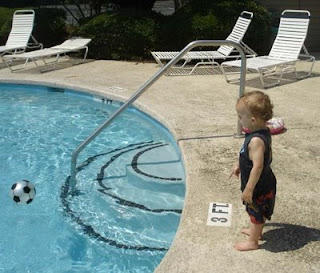 We made donuts one morning outta biscuits. You squish them flat, then you cut little holes in the middle with a tiny cutter. Then fry them. Then roll them in sugar and nutmeg. Hmmmmmm.

I had a chance to play with all the kids at the ocean. We dug holes that filled up with sea water, and we made sandcastles. Uncle Tom and I found an island he called a sand bar, and we found a sand dollar. We threw it back in the ocean so it wouldn't die. That would be sad. Then we saw a rainbow over the ocean. Gramma said it was my "Magical Day". 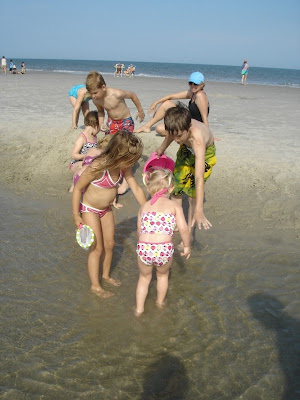 We watched the sun set one last time the nite before we left. I will miss the island, the sea, and the big boats.

Gramma is back in her studio makin' lots of new dollies and lots of new jewelry for her shows. She's a very busy Gramma. She says to say 'hi' to all of you. Til next time....Ella 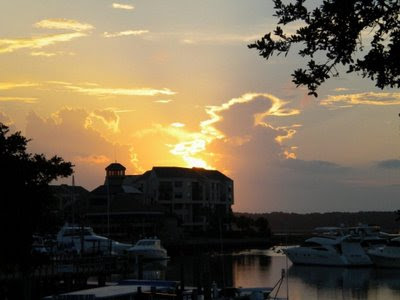 Posted by rosecreekcottage-carol.blogspot.com at 9:31 AM

The pictures are WONDERFUL...and so glad to have you back1 ")

What a wonderful vacation!!!
And now I want some donuts. ;)

Welcome Back Ella and Grandma,Glad you had such a fun and well deserved vacation. Aunt Kay

Ahw, sounds like you all had so much fun! Great to have you back:) What cuties too!

What lovely kids! And that sunset must have been breathtaking...

Dearest Ella, it looks that you all had a wonderful time away on your vacation. good for you. Thank you for sharing your adventure here. Those doughnuts look quite yummy.