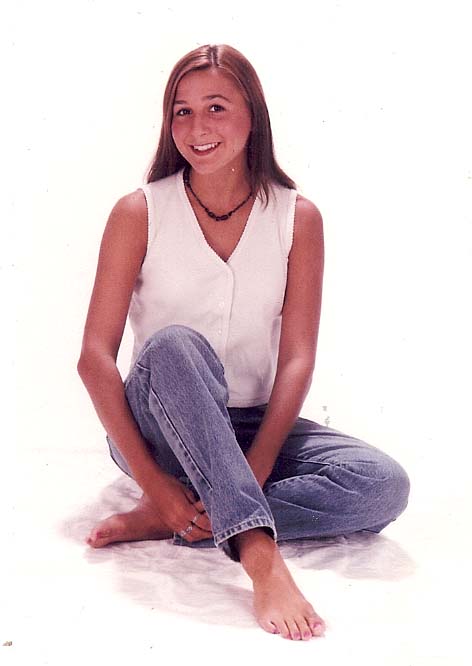 This FingerPrint Friday is dedicated to my sweet Daughter-In-Law, Jackie. I first met Jackie when she was just 14. She was dating my son, 2 years her senior. I thought her parents were nuts....after all, I never had a daughter, but was certain that I would have her tethered to the bedpost at 14.....til at least 30! (probably one of the reasons why God sent me boys!)

So....I invited Jackie's parents over for coffee. I was going to get to the bottom of this. Jackie's mother assured me that her daughter had a crush on a different boy every week. I replied: "When my son makes up his mind about something....that's it. I suggest you start planning the wedding".

I then hired Jackie to work for me. Through summers and vacations during her high school and college years, we worked side-by-side. By the end of her 'career' with Ragamuffins, she was single-handedly designing my wholesale jewelry line.

She has been my 'daughter' now for eight years. Not only does she make my son smile like no one on this earth....but she has given us two beautiful grand-children. The third baby is due the end of this month.

And Jackie....there aren't words to express all she means to me. We've shared tears and lots and lots of joy and laughter over the past 18 years. She is beautiful inside-and-out, straight-forward, honest, dependable. She's a phenomenal mother, and an intelligent, caring young woman. With Jackie...what you see is what you get. No games. No nonsense. Those are just some of the reasons I love her so much.

So....Jackie....you ARE covered with the Fingerprints of God. We are so blessed to have you in our family~ 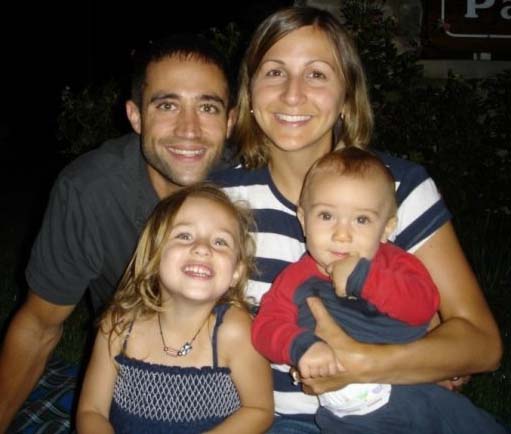 Stop over at Beki's blog to read about more Fingerprints~

Posted by rosecreekcottage-carol.blogspot.com at 5:24 PM

Carol, you make being a mom-in-law look so easy ..... I think you AND Jackie are both blessed! I hope that someday I have a daughter-in-law and relationship like yours and Jackie's!

Awe...what a beautiful tribute to Jackie. I'm sure the feelings are mutual. You're both truly blessed.

Just beautiful. Thanks for sharing the story!! The photos are wonderful too.
Amy

What a wonderful fingerprint post. Sounds like this MIL and DIL match was made in heaven. Thanks for sharing, you are both an inspiration!

A Family of Love said...

She is a beautiful fingerprint. What a blessing she must be!

She sounds wonderful and she is very blessed to have a mother-in-law who appreciates her so much!

What an absolutely beautiful tribute to your daughter-in-law. I hope I will be just as graceful and loving as you are some day in my future.

What a beautiful daughter-in-law and so WONDERFUL that you have such a special relationship with her. You are BOTH blessed to have each other.♥

How truly blessed you are to have such a wonderful daughter (in law), friend and Mother to your grand children. I hope to have a close relationship with my daughter in laws when my boys get married someday.

Oh, Carol...this is a BEAUTIFUL post!! The photos, the love expressed, the words you have written--all brought tears to my eyes! What a wonderful post! Thank you! Love, Janine XO

You are making me cry. What a wonderful MIL you are to your wonderful DIL. A very special relationship, indeed. :) You are both very blessed.

You are an exceptional Mother in law........ wonderful loving attitude to have.